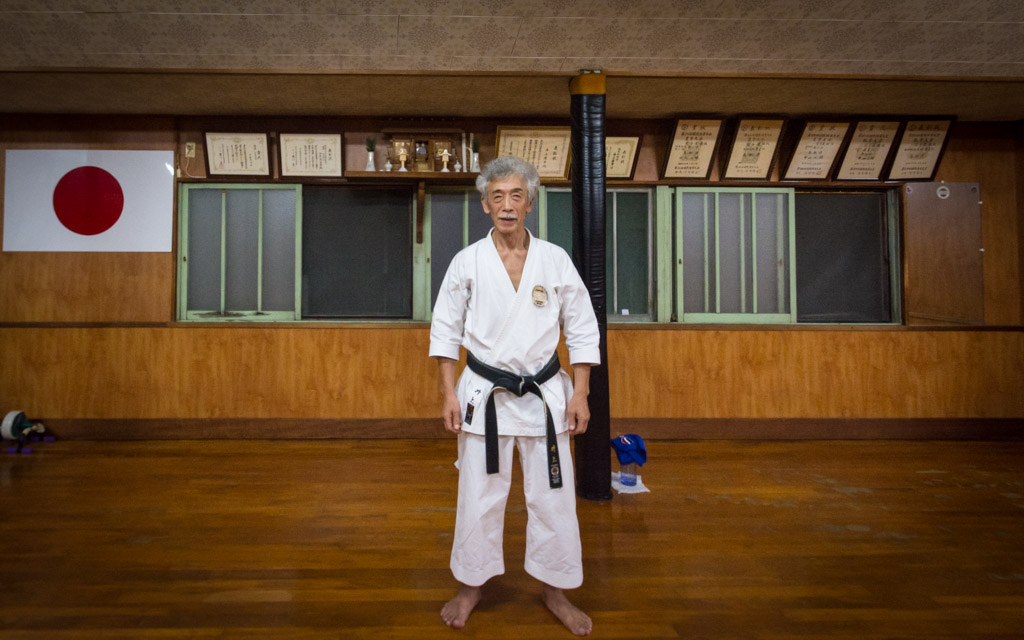 Pauses in kata are very important, just like in real life.

Sometimes silence can express much more than a thousand words.

Learning to master the uses of pauses, silences, in social relations, discussions, connections, can help one to become more convincing or even forge a charisma in the eyes of his interlocutors. Overuse them, however, led to a loss of credibility and even worse … becoming boring.

And that is exactly the case in kata.

This is the lesson I learned from Soke Inoue Yoshimi, master of Shito-ryu karate, during my visit to his dojo in his hometown of Tottori.

Silence is a true friend that never betrays.

In his small dojo, along with the national teams of Hong Kong, Ireland, and some other talented karate-ka, his words still echo in my head: “If you stop your movements often. Beuuh !! Boring !”. While pretending to yawn, then burst out laughing with all the dojo 🙂

But in this case, what is the correct technique then? Soke Inoue replied that we must use slow movements. They are included in most kata. Bassai Dai, Jion, Nijushiho, and many others. Most karate kata have one or more soft/slow movements. Soke Inoue recommends to execute them as follows:

“Standard” gestures requires to be performed fast. Farm. Decisive. It then becomes possible to make a pause after them that would contrast with the speed and dynamism of this technique.

In the “slow” movements, while the technique is certainly decisive, but as the name suggests, it is also slow. If in addition to this a pause of a few seconds is added after them, the kata becomes, as Soke Inoue said, “Boring”.

Near his whiteboard at the entrance of his dojo, Soke Inoue explains: “If you need four seconds, it is necessary that the technique itself fulfills these four seconds. The technique should not take only 2 seconds followed by a pause of two seconds”. He then demonstrated what he said by a movement in the kata Suparinpei.

He executed it the first time with an average speed followed by a small pause. Then he executed it a second time with a slower speed by followed directly with the next technique in the kata, without any pause between them. He then told us that the first method is boring while the second method is correct.

Here you can see his student and world champion, Antonio Diaz, following his advice during the execution of the same kata Suparinpei in 2012 in Paris.

The sequence of movements that Soke Inoue demonstrated to us starts from the minute 02:54 in the video below.

Notice that Antonio Diaz takes his time in the first technique which he performs slowly, then he executes the next move right after the first is completed. He did not pause in between.

And that’s exactly what Soke Inoue Yoshimi taught and demonstrated to us in this half sunny half rainy day of August.

I’m sure this advice of this great master will serve you next time you’ll perform your favorite kata. Feel free to share your opinion and your review in the comments below.

Till next time. Sayonara!